How I got stuck with a game I may never play.

With all the negativity in this world I've always tried to bring a little positive where ever I could. I can't always be this way, however, but when I have the chance I try my best to make a new connection and bond it instantly by helping someone out. I've helped a few people and formed connections here and there, but one fell sour and I'm still scratching my head as to how and why.

I won't mention the name of the blog or the blogger, but I was a fairly avid fan for a while, as we shared a great amount in common when it came to video games. Their blog kind of helps me shape my own storage methods for my video game collection. But this blogger was in need of one thing they couldn't seem to find, and honestly I don't know whether they still need it or not.

This blogger was a fan of an RPG series call Suikoden, proudly displaying their collecting and updating when they acquired new games of the series, etc. But it seemed they could never get their hands on the third part of the series, so unbeknownst to them I kept my eye out for it. If they were to have found it before I did, I would stop looking, but until then my Eagle eyes were tuned in to every PS2 game case I saw strewn about thrift stores and even Disc Replay.

One day I came across a handful of Suikoden games at a Salvation Army for $2 each, none of them were the one they wanted, in fact I opened up their blog on my friend's cellphone to see if they needed any of the ones Salvation Army had, which they didn't. Since I know absolutely nothing about this game, other than that some of them are highly sought after -- none of the ones at Salvation Army were at the time, I kept on looking. Eventually a single copy popped up at Disc Replay and since I had no way to contact them and ask if they still needed it I plunked down $10 for it and took the chance, worst case scenario I take it back and get $10 in-store credit for the attempt of a good deed.

When I got home I sent off the email and at first the blogger seemed very excited and interested that I had a copy for them. I checked into shipping and told them the price for the game and shipping and the trail went cold, no more responses at all. I tried to follow up a week later and again 2 weeks later but still the blogger never replied and seemed to just have given up on wanting to own the game.

I kept checking their blog to see if they had acquired one so I could return the one I have, and they never said a word, they just updated as if nothing had ever happened. Holding out hope this person would eventually write me back and say something had happened before but they were now ready, I held on to it and eventually became stuck with it after Disc Replay's return period. To this day there has been no reply.

I still check their blog infrequently, but it seems they haven't acquired their own copy. I tried to do something good and make a connection with a fellow video game fan and blogger, but instead I'm stuck with a video game I know nothing about, refuse to play (because I haven't played 1 or 2) and don't want to sell because it may one day be a collector's item like the first two. 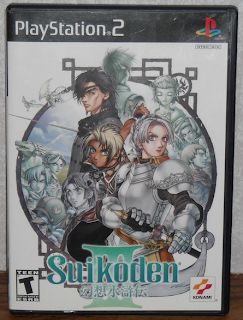 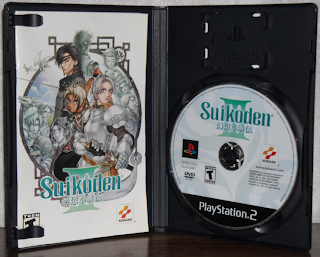