After almost a year of searching for a PC copy of Skyrim I thought I had finally found it. I already own it for Xbox 360, but, as I've made abundantly clear, my 360 is a bit of a dead horse, so I needed to find another way to enjoy the world of Skyrim. I picked up a copy of Oblivion for PC years ago from the outlet store, so I figured "What could go wrong if I find a copy of Skyrim too?". Turns out the answer to that question is an unequivocal everything.

I should have learned my lesson four years ago when I bought a copy of Grand Theft Auto IV for PC from a flea market. I really wanted to try out LCPDFR, so I decided to spend $5 on what I could only assume to be a complete copy, as it was sealed in a bag for flea market booth security. Only after the whole installation process was I ever prompted to enter codes that I didn't receive with the game discs, which lead me to assume, at first, that I didn't need codes. Not only did it need a code, it also needed a unique and single use DRM code, meaning I couldn't play the game even if I had the codes. After finding out just how crazy the new DRM measures and codes are, I honestly looked into cracks, hacks and many other ways to allow me to play a game that I rightfully bought, and should rightfully be able to use. Not wanting to deal with all that stuff I've just let it sit in it's case, useless and abandoned for no good reason.

It's exceedingly rare that I find myself unable to play a used PC game that I've picked up from a thrift store, but then again it could be the fact that I'm not really interested in many newer games, which come with the stupid DRM setbacks. I come from a different era where you either bought the game because you wanted to, or you knew someone who had a cracked version and they shared it around the neighborhood. I completely understand that DRM, to an extent, is a necessary evil, but the fact remains that people who want to buy a game brand new will and others won't, no amount of DRM will stop those who won't buy it from cracking, hacking and stealing.

I love owning physical copies of games and I prefer to get them at my own pace, which is often times after they're well out of print and new copies are coveted like treasure. This is where thrift stores supply me with previously played copies of games that I want to own. I am paying for a physical copy of a game, I'm not cracking or hacking or stealing anything, these are previously used, physical copies of games I wish to play and own. What many people are finding out, and very few are saying, is that current DRM measures are a very fatal flaw in the whole PC game market.

Luckily for me I picked it up Skyrim from the Goodwill Outlet store so it's cheap enough that I can throw it away and not lose any sleep, but it's a physical copy of a game that I want to play. Clearly someone had already gotten their use out of the game and no longer wanted it, and it's just not fair that I own a game (two games now) that I can't use. All my life I've been told that as long as I bought an item through fair means I'm entitled to use it however, and whenever I want, which has been utterly destroyed by DRM.

From now on no more Games for Windows labeled games will be coming home with me. It seems that is a common sign of games that just won't work when I get them home. I haven't changed my mind on buying games brand new either, there are plenty of old video games I can still buy used and enjoy without having to deal with the insanity that is current DRM, so I'm not bothered by not having brand new games at all. I'll just stick with physical copies of old games that will allow me to play them without hassling me about stupid codes I don't have. 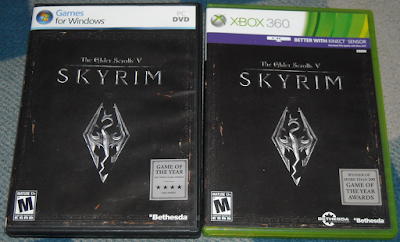 Suffice it to say I've never personally seen the appeal that comes with Apple iFandom, nor have I ever really been a fan of their products. The very first Apple products I ever used were two keyboards I picked up from a Goodwill store for $1 each. One could say the results I've received from those keyboards could be because they were used, either way my feelings toward Apple and their products wasn't swayed in a more positive light by these insipid keyboards.

Recently I was surprised to find an Apple Mighty Mouse at the Goodwill outlet store. After weighing it and realizing I would only be paying twenty cents for the thing I figured I may as well, just to take a chance and see. As you may have seen my current mouse is an old Logitech, so I'm not really looking for expensive gaming mice anyway, just something that works. I know someday my Logitech is going to give up the ghost so another reason why I picked up the Mighty Mouse was as a backup for my current one.

After a quick cleaning I tested it and... well, it's a mouse. It works, feels and performs pretty much exactly like every other optical mouse I've ever had. The only gripe I may have is that the wheel, or perhaps roller ball (middle mouse/wheel), isn't exactly precise. I have read that many people don't like the roller ball either as that is usually the first thing to stop working on these mice. Mine seems to work just fine, it's just not very precise.

To be honest I'm not overly impressed with the Apple products I own, but I wouldn't say they're junk. Sure the keyboards have acted up since the day I bought them, but with a little work they function. Sure the mouse's roller ball isn't as precise as the wheel on my Logitech, but otherwise it works just as well as my Logitech. I don't feel as if Apple products are as bad as I wrote them off as being, nor are they superior, they just work as can be expected. I'm not converted, but I can say that I surely won't pass up a deal to have an Apple product as a backup, just in case it's needed. 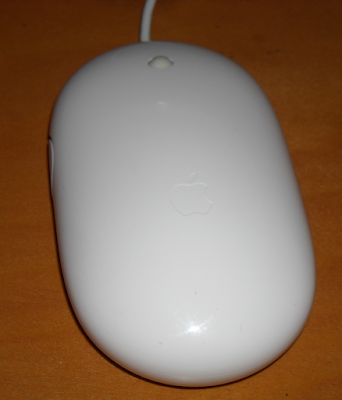 "I may be able to get an iPhone without giving any money to Apple! I'll be living the dream." - Morris Moss the IT Crowd.
Posted at 1:52 PM 0 comments

As a video game nerd I am willing to go through great lengths to find and obtain the video game goodness that I so desire. This includes, and lately has become almost exclusively limited to, the Goodwill outlet, which means such cases of finding and obtaining video game related items can range from fairly simple to fairly odd. A case that transcends from fairly odd to the completely bizarre is the case of myself piecing together Syphon Filter 2 for the Playstation.

What makes this case so weird is the ofttimes occurrence of the bin being caked in a substance that nobody is willing to deal with. I, however, will take a bargain at almost any cost; this includes the bin, and everything within, being covered in baby powder. Yes, that's right, someone had opened a bottle of baby powder and by the time I arrived at the bin it was completely covered, throughout.

The first thing I saw was a black bottom disc, usually indicating a Playstation game, peering out from under the white powder. It just so happened to be disc 2 of Syphon Filter 2, which is a dual disc game meaning it came in one of those weird, thick multi-disc cases. After that I located just the black, middle, part of the dual case, as well as disc 1. After that I found both the front and back inserts of the case (the cover art), which are more than a little sun baked, but still something I wasn't willing to pass up and allow them to stay in a baby powder grave. After sifting through for far too long I sadly couldn't find the manual, but otherwise I was only missing the clear parts where the discs go.

I find it extremely odd that the inserts weren't inside any actual parts of the case, they were just floating around the bin freely, hidden beneath a thin layer of perfume infused talcum powder. Once nearly the whole thing was secured within my purchase bag, I walked over to a bin filled with CDs, where I proceeded to evict said CDs and all their inserts from the cases and snap them securely to the black, dual case part. Everything was looking up, but I still really wished I had found the manual.

Once I got home I cleaned everything as much as possible and tossed it all together. Other than the sun faded front and back covers it looks quite good. There is still some baby powder in the crevasses of the games, but I'll take and clean that all up some other time. For now I'll just have to keep my eyes peeled for a Syphon Filter 2 manual, which may take a while but after seeing the things I've seen I know it's not an impossible feat.

Spicing up an Old Mouse.

I'm not the type of person who needs an expensive mouse or keyboard for PC gaming. Sure, I dabble with PC games ranging from Elder Scrolls Online to the more relaxed things like Minecraft, but even when I play ESO I don't feel like I'm being outdone by someone with a $200 keyboard and a $150 mouse. I'll just stick with my $1 Apple keyboard and my ancient Logitech M-BT96a.

Although I'm perfectly fine with a 10 year old mouse, (at least it's optical) I had been wanting to spice it up, somehow. After a bit of thought I decided to fiddle around with the bland, overused red LED, and decided to replace it with a green LED, for no other reason than just to do so.

After some trial and error, I finally found the right size LED. I did make a slight error in lifting one of the traces that sourced power to the LED, but I quickly bridged it without any further damage. The results are pretty much as I expected; an ancient Logitech mouse that now shines green instead of red.

Was it worth the time and effort? Absolutely! Other than tracking down the right sized LED, the whole project took less than five minutes. It's super simple, besides me being hasty and messing up the trace, but it really is super simple. All I really wanted to do was change the LED color, because almost every stock optical mouse has a boring red light, but mine is different, which makes me feel slightly cooler than I used to. Only slightly though. 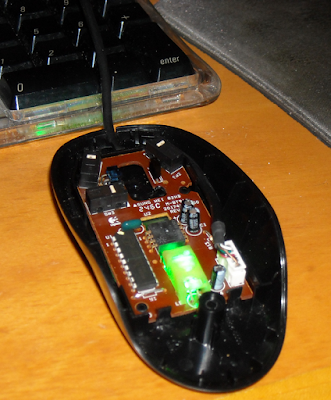 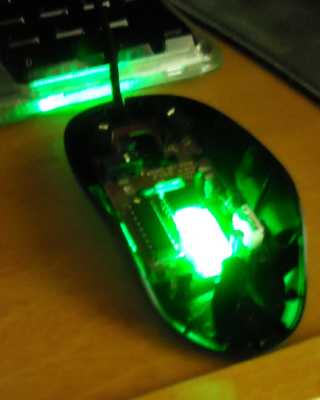