Rebuilding My Pedalboard: The Journey

In a previous post I discussed an old pedalboard that I had put together, and why I ended up selling it all. Now that I'm older, and technology has come along quite a ways since then, I'm looking into trying to rebuild what I once had. Nostalgia? Idiocy? Boredom? Perhaps all of the above? Perhaps, but regardless of why, the call to rebuild it and ultimately make it better reverberates in my head loud and clear.

Obviously the two main ingredients I would love to get back would be my Boss GE-7 and TU-2. Those pieces are irreplaceable in terms of quality, but I believe, as I'm not a touring musician, I could easily find some stand-ins that will do the job adequately until I (hopefully!) come across the Boss versions.

The first thing I purchased was a Behringer EQ700 to replace the GE-7. At $25 I felt confident with the purchase as a lot of Behringer's pedals have moderately favorable reviews. It's been a long while since I've used a GE-7 but the EQ700 seems to do pretty much the same, despite it being very, very plasticky. The sliders work but they feel flimsy, and they don't lock in at certain intervals as I think I remember the GE-7 sliders doing. My main complaint about the EQ700 is the switch system. The switch is simply a button on the PCB and under the external foot switch is a long, thin piece of rubbery material that presses down onto the actual switch. How long will this last? Who knows, but we'll see. 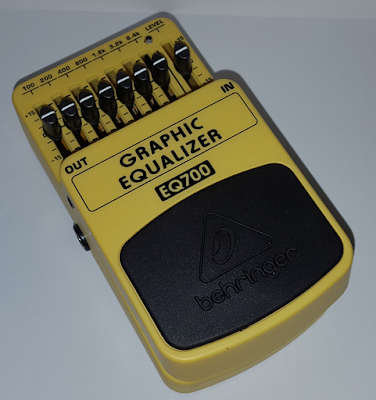 Secondly I wanted a tuner pedal. Even though I'm not a touring musician or even an active one, nothing felt better to me than having a tuner at my feet. After extensive research I decided against going with Behringer again, because a lot of reports (youtube comparisons) showed it to be the slowest as well as not registering lower notes entirely. After a bit more research I decided to go with the Monoprice 611220 chromatic tuning pedal, although mine came in branded Stage Right, because of the reviews, price and what it said it offered. 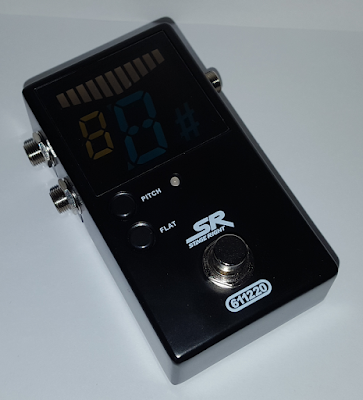 The Monopri-Stage Right 611220 chromatic tuning pedal has a super fast, super bright display and a metal casing, that feels a bit like pot metal but it is metal. The switch feels flimsy, but like the EQ700 if it should fail it can always be changed to a 3PDT stomp switch. But the part that should really be taken into consideration when purchasing this pedal is there is 100% a noticeable tone change when it's on in bypass mode. Personally I'll only be tuning while it's muted, so it's no big deal to me, but I know it might be a deal breaker for others. The one thing I had to compromise on was the fact this doesn't offer the daisy chain output like the Boss TU-2, otherwise it seems to be a very serviceable tuning pedal.

As far as everything else I currently still have my Rocktek ODR-01 and hope to modify or rebuild it to get a more tube screamer sound from it, since it does possess the JRC4558 chip inside. I have an unmodded DOD 308 that I may or may not modify to sound more like the 250. I also have a bit of an oddity in a topless Behringer HB01 Hellbabe. I paid very little for it, but it seems to work perfectly despite being topless and sometimes I'll place it in the chain for that open Wah pedal sound that adds just a little bit of color that I think sounds kind of cool. And to replace the Zoom multi-effects units I currently own a 506 bass unit that has things the 510 and 505 didn't offer, plus I can use it for guitar and bass. 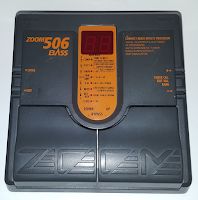 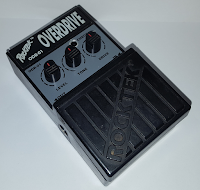 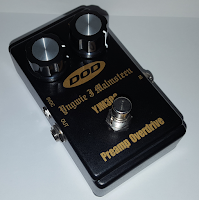 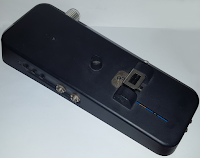 So far I feel confident with what I've got and hopefully over time I'll be able to upgrade and expand to more useful and higher quality pedals. It just feels nice to be rebuilding my old pedalboard. Sure I miss everything I sold, yes even the Zoom units, but had I not I wouldn't own the amp I currently do nor could I have this adventure I'm having right now to try and regain what I sold off. Always look on the bright side of life.
Posted at 12:25 AM 0 comments