Back in October 2017 I found quite a few Animal Crossing amiibo cards at the Goodwill outlet store. What started off as a few quickly turned into just over 100 cards, less than a dozen being doubles. I spent nearly half an hour meticulously digging through the bin to find them all, but I'm sure I still missed a few. Up to this point I had no real interest in the amiibo craze, but I figured if I picked any up from the outlet store, of course I'm going to keep them and possibly use them.

Since I only had a 2DS at the time I didn't have a console that read/wrote to them natively, meaning I had to track down the Nintendo NFC reader. What I originally thought would be an easy trip to Target or Walmart quickly turned into a hunt. I held out hope I would find one at the outlet store for a few weeks, but I let that dream die and just decided to go the simple route of checking Gamestop.

This too proved to be a challenge as the NFC reader was in one of those weird peripheral transition periods where nobody carried them brand new anymore and nobody was willing to let their's go because of it, even though they most likely never used it. I called a few Gamestops and was directed to one store, who said they had one in stock, but upon arrival it was nowhere to be found. The nearest store from there that had one was an hour away. 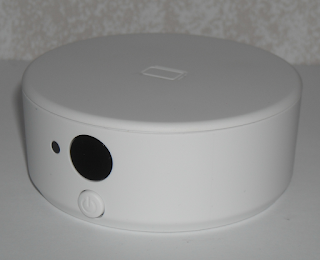 After sitting on the idea for a while I finally decided to get my ass down to the Gamestop, making sure to call and have them hold it for me before leaving, because I didn't know just how much longer I would need to search to actually find one. After the long drive I finally was in possession of the Nintendo NFC reader. So what did I do with it? Once I got home I gained a new villager in Animal Crossing New Leaf, packed everything away and haven't really touched it much since.

To be honest the Amiibo craze is still foreign to me. I just don't get it. Sure, I think it's neat to have collectibles that unlock things in games or add special bonuses such as with Kirby Battle Royale, but I grew up in the generation where you got what you bought. You bought an NES game and everything was there; at most you would just need a cheat code to unlock some extra lives or something. 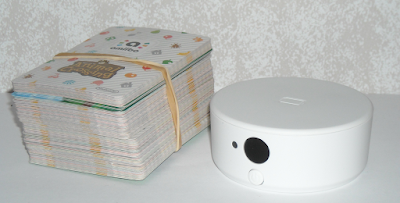 Also, I didn't realize just how much these amiibo cards were worth. Depending on which Animal Crossing character you have, and condition obviously matters, some of these cards can be worth a few bucks. But at the very least the original retail price was about $6 for a pack of 6 cards, making them $1 each, so I had just picked up over $100 worth of amiibo cards for about 30 cents!

There aren't as many games as I thought there would be for the 3DS that support amiibo, and very few of them do I really want or care to own. Now that the newer consoles natively support amiibo reading and writing the NFC reader has become redundant. Am I glad I tracked one down? Sure, now that I own one. It's a neat little peripheral, it's just not as useful as my imagination had originally lead me to believe.
Posted at 6:39 PM 0 comments