A little over 2 years ago I happened across a dirty Sony PSOne sitting atop the bric-a-brac shelves at one of my favorite Salvation Army stores. From what I remember it was only $3, so I decided it would be worth picking up for the power and video cables it had attached to it. Shortly after I made my purchase and got back to the vehicle to leave, I noticed the cables weren't standard multi-console cables at all, they were S-video!

Now, I'm honestly not one to give a shit about the quality of video output from a video game console. I still have a CRT television, I still use RF and even my Xbox 360 and Wii are run through an RF modulator because my TV only has coax input. People who go ape shit over RF vs Composite vs Component vs HDMI simply have too much time on their hands worrying about how sharp every single pixel is on screen. And that is coming from a man who has OCD.

As soon as I got home I tested the cables and noticed the video kept cutting out. My excitement was quelled, but I did the standard bend the cables around and see if the video game back, to no avail. I then noticed there were plastic junctions for the cable to split for each system as well as to split for the S-Video and audio ends to plug into the TV.

I carefully used a guitar pick and some brute force to pop open the little plastic box revealing that one of the wires had come loose, in reality it looked like they had never actually soldered the damn thing in the first place. Since I had (literally) a handful of multi-console RF adapters, as well as my TV only being able to accept S-Video through the RF modulator, I decided to just pack the cables away and not worry about them for a while. 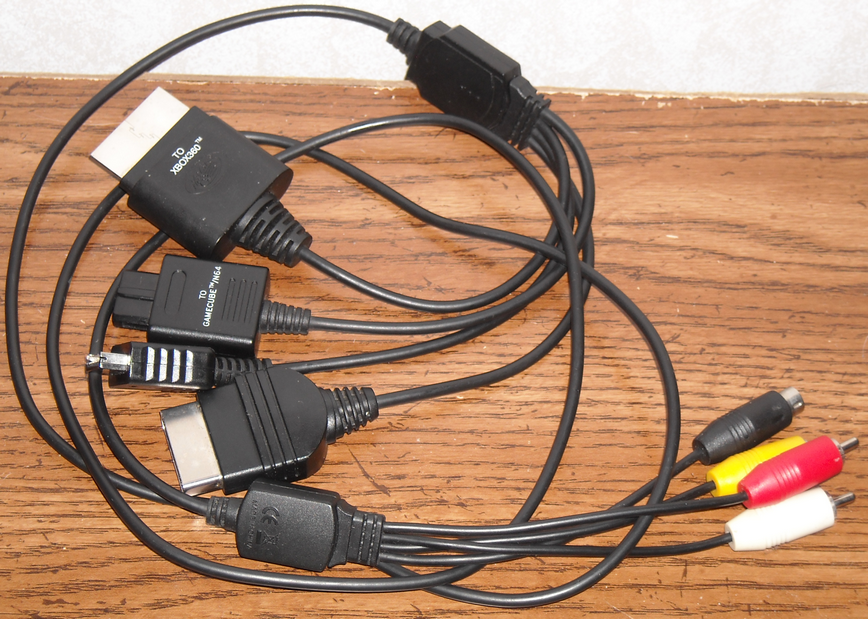 About 6 months ago I was quickly becoming fed up with the way the OEM Xbox 360 cables were so stiff and always got in my way. The AV into RF modulator gave me a pretty good signal as where the MadCatz RF adapter I used pulled in far too much interference. Then I remembered that I had the S-Video cables, so I decided to solder it together. A quick glob of solder firmly attached to the board and a little tinning to the wire, put them together and voila!

I tested everything out and this time everything was perfect, but I did notice something strange. Even though this was going through the RF modulator everything seemed sharper than the AV cables I used for each system. Same TV, same RF modulator, exact same layout as before, except this time I was using the MadCatz multi-console S-video cables.

As time went on that difference has faded away, not sure whether that is because I've become accustom to it or what. I do, however, find these cables to be far more convenient to use, less stiff and cumbersome, as well as allowing me to use a lot more consoles than a single set of AV cables or RF adapter. 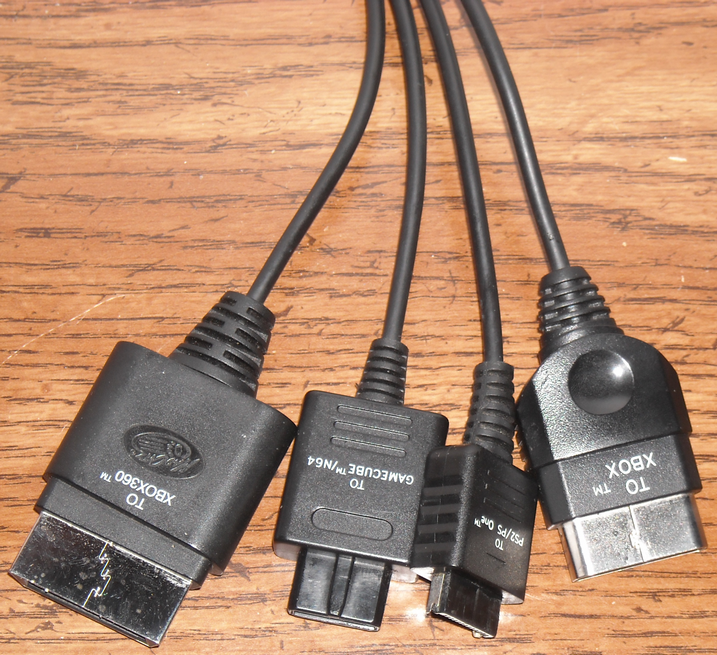 To me video output is video output. Only for the past 4 years have I ran any of my systems in anything other than RF, because it was just easier to have the old NES RF adapter plugged in and use it for Nintendo and Sega consoles alike. Even though I did notice a difference when I first used the s-video cables, that difference has since faded and I honestly can't tell much of a different between the RF and s-video cables. Sure it could be that I'm using an RF modulator, but if that were the case why and how did I notice the difference in the first place?
Posted at 1:00 AM 0 comments

What do the NES-101, SNS-101 and the Sega Genesis model 3 all have in common? The sheer lack of a power LED. Does this fact bother me? Not in the slightest, but for some reason a lot of people can't live without a power light on their console.

If you want a power light on your console just because you like to have one, that's fine. What really sets off my bullshit alarm is when almost every person I've seen doing a tutorial on how to install a power light gives the excuse "Without a power light I don't know if the console is even on.". This excuse was also used by someone giving a review on the NES-101, where their main complaint about the console was just that.

Let's be honest here, if you're playing a video game there is absolutely no doubt that your console is on. Once you've finished playing that game, or any series of games you wish to play, the console is shut off. This is a fairly common practice and doesn't require any console to have a power light for you to know whether or not the console is powered on or off.

What if you need to step away for a few minutes and have a snack, eat a meal or perhaps you need to leave the house for a few hours and run some errands? Then maybe, in the name of safety, you should shut the console off anyway. But you're playing a game with no passwords, no save points and it has taken you a long time to get where you're at? If you're that committed to beating the game how could you forget the console is on in the first place? Wouldn't you be excited to accomplish this feat, therefore causing you to get your chores and tasks done so that you could finish the game? You shouldn't need a power light to tell you the game is still running and needs to be finished.

The only time I've wished a console had a power light was when I tested consoles that I wasn't sure were functional or not. A power light would give me a better idea whether or not the console is getting power. But the reality is that since I was merely testing the console to see if it worked or not a power light isn't even needed. If you're testing consoles that may or may not work, you are most likely going to try to repair them, in which case it is solid advise to go find a decent multimeter and check that way.

Regardless of your personal need for a power light, the whole "I can't tell if the console is on" is a totally bogus excuse for adding one to a console. I'm not opposed to modding consoles for your own personal tastes, needs or desires, far from it. But to join a bandwagon of people using the same lame excuse is in and of itself pretty stupid.
Posted at 1:55 PM 0 comments