Back in 2011 I came across a Johnson J3 footswitch at a local Goodwill for $2. Since I don't own the amps or systems this footswitch works with I originally wanted to repurpose it into an A/B/Y pedal. My problem centered around the fact that the J3 has three switches, and while you could use three for an A/B/Y pedal, two will suffice. The switches that come stock inside the footswitch are momentary so that meant I had to order some 3PDT switches. After fewer switches than I had ordered arrived I decided to only use two. Once everything was said and done I stood back and looked at the project and realized just how horrible it all looked with a gaping hole in the center and packed it away in a box to be forgotten.

Now the year is 2020 and things have moved on quite a bit. Other than wiring the project was done, but I just simply can not get over that hole in the center. Yeah, I hate it too, believe me. I had high hopes for this one, but it's that damn hole in the center. Sure I could plug it up, but I just don't think it would ever look right. So what am I suppose to do now? Well I've already made an A/B pedal. It's not the A/B/Y I wanted, but it's something I built myself, it's functional and it will get me close enough to where I wanted to be, all in an extremely small form factor. Not only did I scrap the original project, this article right here has been in draft form for over three years. Don't believe me? Take a look.

As I've stated in a previous post I decided 2020 was going to be the year I built my own guitar pedals, long before the world came to a stop all at once. I had ordered an exceedingly cheap 1590a style enclosure that was too small to house the fuzz pedal I originally planned to put in there. After some fiddling I decided to turn it into an A/B pedal. One DPDT footswitch, three jacks and a little wiring and this thing came together rather quickly. Although I'm not exactly happy that one of the outputs comes out the top, it's somehow far more pleasing to me than having an A/B/Y pedal with a hole in the center. 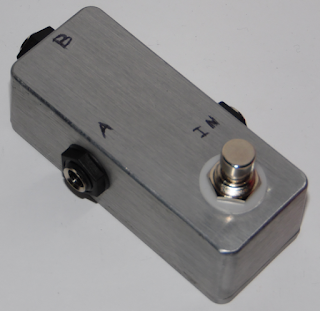 I guess since this post was originally about the A/B/Y pedal I may as well finish up by showing some of the progress photos before I decided to toss it in a box and forget it. Someday I might come up with an idea of what to do with it. Maybe an A/B/Y with a boost or volume control to fill up that center slot.. Hmmmm. Now that I mention it.. 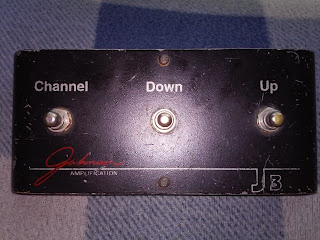 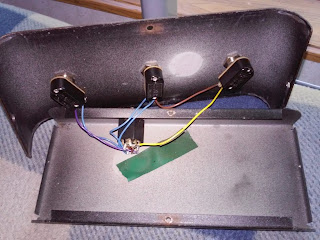 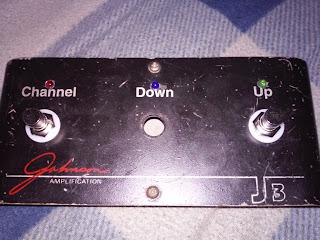 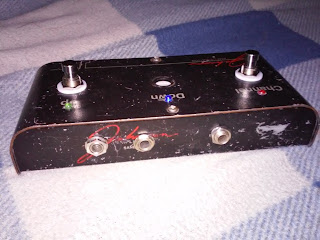